Protecting our industry, the “next web”, and a new reality

News
Post date
Monday 7 May 2018
Following on from President Erik Juul-Mortensen’s welcome to the TFWA Asia Pacific Conference, Andrew Ford, President, Asia Pacific Travel Retail Association, updated delegates on the many initiatives currently being undertaken by the Association to defend the industry against threats from many quarters. This included fighting the WHO Illicit Trade Protocol, amid claims of product leakage from the duty free and travel retail trade.

Adam Cheyer, Co-Founder and VP Engineering at Siri Inc., and Co-Founder and VP Engineering of Viv Labs, stated; “In this decade, artificial intelligence has produced results that I never thought I would see in my lifetime.” Among the advances he cited were the development of the Siri app in 2010 – for which he was responsible- the pace of development in robotics, and dramatic improvements in technologies to diagnose cancer. We are, he stated, on the precipice of a paradigm scale shift in computing experience. AI will become the primary form of interaction for every consumer and every business, and “the Assistant” will evolve to become the next web. It is up to all of us, he concluded, to think about how this will impact our business in the coming years.

Shivvy Jervis, futurist and expert on the digital economy, said that travellers want experiences that are seamless, and outlined technologies that could allow the duty free and travel retail industry to create more meaningful engagement. Mixed reality, combining VR, AR and touch could, she said, break the barriers between the digital and physical world. Giving passengers the ability to touch as well as see upcoming products, for example, would allow airports to create ad campaigns with enormous appeal. Emotive AI, using digital humans that could interact with passengers, would pave the way to creating connections beyond those which can be achieved via an app. 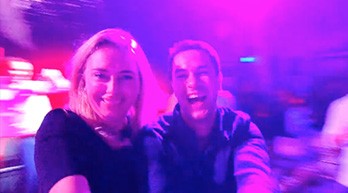 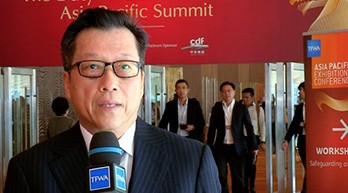