Single-handedly, Asia Pacific kept worldwide sales to passengers in positive territory during the first half of 2016. While business stagnated in Europe and shrank everywhere else, Asian sales gained a healthy 8.2% according to Generation Research. Recent headlines suggest the trend continued into the second six months. Sydney Airport’s CEO reported the “fastest growth rate we’ve experienced in 12 years” as 2016 passenger traffic rose 8.9%.
With more people flying, airport sales are on the rise, too. Incheon International Airport in South Korea regained its crown as the world’s leading duty free location by value. After a difficult 2015 hampered by MERS, turnover last year shot up 14.7% to $2bn. Beyond the airport perimeter, other sales channels have flourished. Downtown duty free stores are enjoying a renaissance; the growth of high-speed rail in China is bringing new opportunities for suppliers and retailers; and an Asia Pacific cruise industry long in the shadow of its larger American and European counterparts is starting to emerge.

As the region’s annual duty free and travel retail summit, TFWA Asia Pacific Exhibition & Conference provides a forum for industry stakeholders to meet, do business and network. The 2017 edition (7-11 May in Singapore) comes at an exciting time. Building on the 9% rise in 2016 exhibitors, new and returning companies taking stand space this year include Guerlain, Tommy Hilfiger, Whyte & Mackay and APM Monaco in the fashion, fragrance, liquor and jewellery categories. The participation of Korea Ginseng Corporation (confectionery) and KT&G Corporation (tobacco) underlines the growing presence of Asian-based brands. An important factor in the event’s success is its location in Singapore, combining ease of access with excellent facilities. Little wonder, then, that TFWA recently confirmed the show will remain there until at least 2020.

Anyone interested in Asia Pacific’s powerhouse duty free and travel retail market should have an early-May visit to the city state already in their diaries. 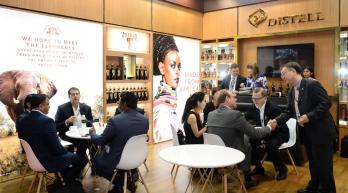