As the 21st TFWA Asia Pacific Exhibition & Conference drew to a close, TFWA president Erik Juul-Mortensen said that the success of the event underscored both the importance of Asia Pacific as a key focus for development, and the long-term opportunities presented by duty free and travel retail as a sector.

The exhibition occupied a total of 9,817m2, up 6.1% from 9,233m2 in 2015.  A total of 310 companies exhibited, up 9% from 285 the previous year. 79 of these companies were new exhibitors. Among the newcomers were a raft of internationally renowned names including LVMH and Steiff, as well as leading
Asia-based brands such as Chow Tai Fook.

In addition to the many personally-arranged meetings that took place around the exhibition, the ONE2ONE meeting service received requests for over 1,000 meetings, a 16% increase on last year’s figure. 33 of the 41 airports attending and 30 of the 35 airlines attending the exhibition registered for the service. This year, the cruise and ferry category was also added for the first time. Launched in 2009, the facility has proved so successful that it will now also be available at the TFWA World Exhibition & Conference at Cannes later this year.

“This has been a busy week and the atmosphere on the exhibition floor has been exceptional,” continued Juul-Mortensen. “In spite of the challenges we are all facing, there has been a real spirit of optimism here this week. This definitely bodes well for our industry both in Asia Pacific and across the world.”

The conference at the start of this busy week was attended by 1,383 people, compared with 1,185 last year, which is a 17% increase.

In his opening address, Juul-Mortensen said that while the duty free and travel retail business has enjoyed phenomenal growth in the Asia Pacific region in recent years, the sector is coming under pressure. Improved customer segmentation, greater transparency and flexibility were, he stated, key to
survival as the industry undergoes a period of change.

Jaya Singh, president of the Asia Pacific Travel Retail Association then took to the stage to outline how the industry should address the challenges it faces with insights and advocacy, as well as the importance of a co-ordinated approach.

Former Singapore ambassador to the UN Kishore Mahbubani then delivered an uplifting presentation on the improvements the world has seen in recent decades, and how a more international perspective will help all to flourish and prosper. The charismatic ‘futurist’ Mike Walsh explained how technology will
only make an impact if it improves the customer experience.

In the afternoon, a choice of three workshops provided food for thought on three fascinating topics. These were appealing to the all-important Millennial traveller, the burgeoning off-airport duty free retail sector, and the actions the industry needs to take to safeguard its future.

The week’s social events were well attended. 62 enthusiastic players enjoyed the golf tournament at Raffles, while 26 of perhaps the more spiritual attendees headed for the Tai Chi on the stunning roof-top deck of the Marina Bay Sands hotel. The opening cocktail was a sell-out, with 851 guests thronging the elegant bars and terraces of Raffles. The Chill-Out Party was attended by 542 guests, up from 507 last year, and last night’s Singapore Swing Party welcomed 526 guests.

The TFWA Product Showcase, which contains press information on brands exhibiting at the show, will remain live until a month after the show. A more detailed analysis of the plenary sessions and workshops will be published early next week.

Photos of the event are available online at: 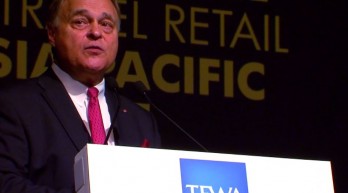 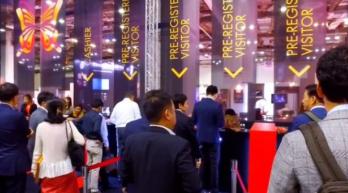 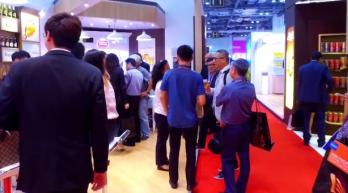 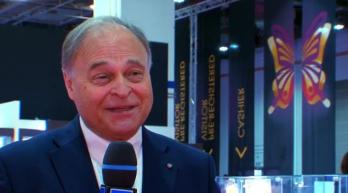