Press releases
Post date
Tuesday 8 October 2019
The 35th TFWA World Exhibition & Conference closed on an upbeat note as TFWA President Alain Maingreaud announced that a total of 7,531 delegates visited the exhibition halls during the week, an increase of 7% from 2018.

The conference on Monday also attracted record numbers, with over 2,000 people filling the auditorium. The Rt. Hon. Tony Blair, former Prime Minister of The United Kingdom, shared a number of candid anecdotes from his years at the centre of world politics, leaving his attentive audience with the advice to ‘start each day with purpose, and go to bed counting your blessings’.

With 504 exhibitors and an increase in floor space to 23,443m², up from 22,759m² last year, the exhibition was also a quantifiable success. But the numbers only told half the story. The quality is also rising, and many of the brands, including a number that had taken full advantage of the show’s beachside location to host meetings in the Cannes sunshine, had clearly invested to up their game.

Innovation was very much a theme of the week. The TFWA Innovation Lab proved to be a popular addition to the exhibition, and provided a compelling insight into what the duty free and travel retail industry might look like in the future. While it occupied a more spacious location than its predecessor, TFWA Digital Village, there was no shortage of visitors, and the aisles of the exhibition were bustling to the last day.
Another subject that was much debated was sustainability. In the Innovation Lab, as well as in the conference and workshops, there was much talk about how the industry can continue to prosper, while acknowledging its responsibilities towards the environment. From recycling of retail fixtures to creative new ways to reduce plastic packaging, there were many ideas delegates could take away to help improve the sustainability of their own businesses.

Networking is of course an essential element of the TFWA summit. All visitor and exhibitor badge holders were invited to the Opening Cocktail this year, and over 2,000 people came to Port Canto to enjoy what turned out to be the industry’s biggest ever party.

Le Premium Evening on Thursday provided an equally lively climax to the show, with over 800 people attending. There was much to entertain during the evening. Guests enjoyed a selection of fine food, and a cabaret that spanned jazz classics over dinner to hits from Abba and Queen later ensured that by the end of the night, everyone was on their feet and dancing.

During the conference, TFWA President Alain Maingreaud also announced that the Association has reached an agreement with the Palais des Festivals to enable TFWA World Exhibition & Conference to stay in Cannes, with show dates secured for the future. The agreement with the City of Cannes means, he said, that TFWA will be able to ensure stability and continuity for the event for the coming years. 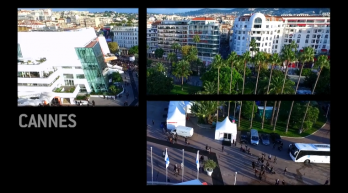