In his opening address at this year’s TFWA World Exhibition & Conference TFWA president Erik Juul-Mortensen likened himself to the late British prime minister Harold Wilson who stated he was an optimist, but always carried an umbrella. 2016 is proving a tough year, but there is reason to be cautiously optimistic.

The world faces a number of crises – unrest in Syria, political and economic uncertainty in Europe, the UK’s exit from the European Union, conflict in Ukraine and the spread of the Zika virus beyond the Americas among others, continued Juul-Mortensen.

For the first time in six years, duty free sales declined, falling by 2.7% to $62 billion in 2015, according to the latest data from Generation Research. As in 2014, it was Asia Pacific that made the positive contribution to the figures. Fragrances and cosmetics continued also to head in a positive direction, with
sales up 2.5% to $19.8 billion.

The figures for the first quarter of 2016 suggest that the industry is inching its way back to growth, and total sales grew by just under 1%, compared with the same period last year. And while sales in the Americas fell by 8.6%, Asia Pacific saw much stronger growth of 5%. Once again, the fragrance and cosmetics category is the main driver of this growth and its sales were up 7.8% in the first
quarter. Sales on board ferries grew by 6.5%, while airport sales remained stable.

Juul-Mortensen said that his upbeat view is justified for both macro-economic reasons, and because of factors specific to the duty free and travel retail sector. The IMF’s World Economic Outlook study showed that while in 2015 global economic activity remained subdued, global growth, currently estimated at 3.1%, is expected to rise to 3.4% in 2016 and 3.6% in 2017 – a rate that is at  least sustained, if not spectacular.

Moreover, the fundamentals that underpin the growth remain strong. Air traffic forecasts predict that people will still be travelling by air in large and growing numbers. ACI estimates that passenger numbers will more than double from 2015 to just over 19 billion by 2035. The Word Tourism Organisation’s report for 2015 showed that international arrivals were up 4%, reaching a record 1.2 billion.

According to the Cruise Line Industry Association, demand for cruising has increased by 68% in the past ten years, and passenger numbers are expected to reach 24 million by the end of this year. Boeing and Airbus continue to invest billions of dollars.

Retailers and brands continue to reinvest, reinvent and diversify. Amid the challenges, there remains a strong determination to invest, to improve and to surprise customers. The industry must continue to invest if it is to earn the loyalty of travellers and get the industry back into growth.

Juul-Mortensen emphasised that the key to success was to not forget the customer, considering at all times how plans for the future will engage and enthuse the traveller, how they will reinforce confidence in the value of duty free and travel retail offers, and how they will convert the bored traveller into an enthusiastic shopper. 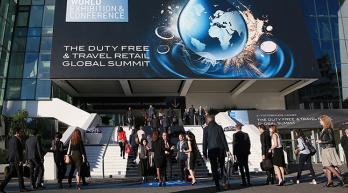 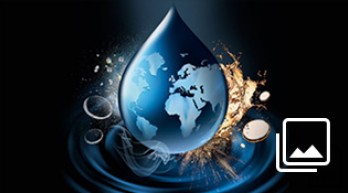 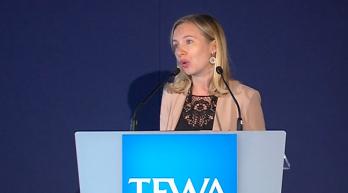 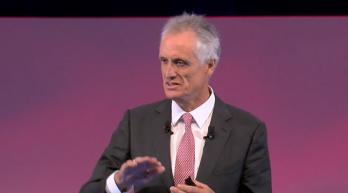