TFWA president Erik Juul-Mortensen opened this year’s TFWA conference by presenting a number of new statistics about the performance of the industry. The data, from Generation Research, showed that while in 2015 the industry experienced the first year-on-year decline in global sales in six years, final results for 2016 show that there has been a modest recovery. Year-on-year sales at 63.5 billion US$ were plus 2.4 %, which is a significant improvement on the negative growth of 2015.

With regard to category performance, once again it was fragrances and cosmetics that performed the best with year-on-year growth of 9.2 %, whereas watches and jewellery sales declined by 8.4%. “The pressure on the luxury sector continues,” said Juul-Mortensen.

In terms of sales by channel, the strongest performer was ‘other shops’ which grew by 7.3%. Sales here are mainly at downtown and border locations and, increasingly, on board cruise ships. The key driver of growth had been the sales of perfume and cosmetics in Asia Pacific downtown locations.

Looking at performance of the regions, Asia Pacific was once again what JuulMortensen described as “the engine room for the industry” with a year-on-year growth of 8.2%.

The first quarter of 2017 is showing some encouraging momentum building on the modest recovery of 2016, he said, and versus quarter one of 2016, global sales in quarter one of 2017 were up 4.2%. The two key drivers continue to be fragrance and cosmetics with sales up 11.6%, and the Asia Pacific region where sales were up by 7.8%.

In terms of sales channels, airports are up 2.2% and other shops grew by 7.8%, again with the perfume and cosmetics category driving this growth.

Juul-Mortensen went on to state that the duty free and travel retail industry desperately needs data that is as accurate and reliable as it can possibly be, and said that trade associations cannot expect to win the attention of government bodies around the world “if we cannot accurately say what we as an industry are worth. The need for meaningful, accurate data is something we at TFWA take extremely seriously and we have been frustrated by the fact that this need is not always universally acknowledged.” He did, however, recognise the fact that in a concessiondriven industry such as duty free and travel retail, data is extremely sensitive, but a way around this must be found for the good of the industry.

The progress of the industry is, of course, dependent on what is happening in the wider world, and the world has never been more unpredictable than this year. “Elections in the US, France, the UK and South Korea among others have produced results that were unthinkable just a short time ago. A climate of uncertainty reigns – and if there is one thing that economists and business leaders dislike, it is uncertainty.”

Terrorist attacks are becoming increasingly frequent, and tourism, in some key and well-known locations, has been almost wiped out as a result.

“We have seen in East Asia and the Gulf this year how vulnerable our industry is to regional disputes that ultimately affect the free movement of travellers between nations. The tensions and the serious situation around Korea, north and south, could have grave consequences for us all.”

Juul-Mortensen went on to outline how the industry is also at the mercy of the global economy, and within that its impact on currency values and exchange rates. “The global economy today, although recovering, is still uncertain and fragile, with huge variations depending where you look.”

However, the latest World Economic Outlook update in July revised its projection for global growth this year from 3.4% to 3.5%, and holds its projection for 2018 at plus 3.6%. “Overall the broad economic story, as told by the IMF, is that most of the projected global growth will come from stronger activity in emerging markets and developing economies.”

Exchange rate volatility remains the more significant factor to affect the duty free and travel retail business, “very directly and very immediately”. Brazil’s currency is showing remarkable recovery, and the Euro too is gaining strength. The weakness of the UK pound against the US dollar led to a huge increase in the number of US visitors to the UK during the summer and the pound fell to its lowest ever exchange rate against the euro in August.

“The economic backdrop will always feature winners and losers, but as far as air passenger traffic is concerned, the outlook is universally positive.”

ACI predicts 8.1 billion passengers this year, representing year-on-year growth of 5.7%, while the first five months of 2017 saw the total of global international passengers increase by 8.8%. In Europe in the same five-month period, growth was 10.4%, and within the global figure there are individual countries generating far higher passenger growth.

Trends in consumer behaviour and attitudes continue to have a huge effect on the fortunes of travel retail, Juul-Mortensen concluded. The millennial is undoubtedly an influential group. But, Juul-Mortensen said, we would be making a mistake if we focused on this group to the exclusion of others.

“The fact is the single fastest-growing group of potential customers is the older baby boomer generation nearing or just into retirement. Globally the population aged 60 or over is growing faster than all younger age groups, and population ageing is occurring throughout the world. The majority of these people are healthier and wealthier than any previous generation of 60 year olds that has ever lived.” Many active, affluent mature people are travelling the world like never before.

Juul-Mortensen then went on to review the success of the TFWA campaign to mark the 70th anniversary of duty free, which has been used by a number of retailers and landlords around the world. “Through this campaign, we hope to build positive public opinion by conveying messages to travellers and opinion formers about just how much our industry contributes to the world of travel, and to the richer experience of the traveller.”

The next 18 months will see pivotal challenges for the industry, most importantly assuring that the voice of the industry is heard by governments in the UK and Europe as Britain’s departure from the EU takes shape. “Whatever your thoughts on the wisdom of Brexit, it is an opportunity for us to ensure that travellers between the UK and the EU once again enjoy the benefits of shopping duty free. But this is not a given. It requires painstaking work behind the scenes.” Thanks to the efforts of the UK Travel Retail Forum, ETRC, its national associations and its member companies, progress is being made to ensure that a duty free regime between the UK and EU will be restored. There is, however, a long way to go and a united approach is required.

We can achieve much when we work as one industry. When we defend one product category, we are fighting to defend the entire industry. Similarly when we promote the benefits of duty free shopping in one location, we help drive awareness of the business across the world.

“It is as one industry too that we need to relieve the pressure we have created on the business model between brands, retailers, and landlords that, at its worst, leads to unsustainable commercial agreements between this Trinity. We all appreciate the power of the airport retail environment to bring brands to a cosmopolitan audience and, in doing so, it plays a huge role in delivering sales for retailers and brands. Turnover is not the issue; margins are.”

Demands on retailers are often unrealistic, he said. “There is so much being done right in this industry, yet we are still failing to ensure that the cost and reward of a presence in this industry are shared appropriately. I am not necessarily saying that the principles of the concession model are wrong. But I am saying that, in many cases, the concession terms need to be more fairly balanced if we are to meet the reasonable expectations of all parties.”

In conclusion, Juul-Mortensen said that there is a lot to hope and work for in the years ahead, and over those years there will continue to be external factors beyond the industry’s control that will have an impact. So, said Juul-Mortensen, the industry has to keep on working on what it can control. “We have to take our destiny into our own hands. To paraphrase the great 19th century American orator William Jennings Bryan, “Destiny is not a thing to be waited for. It is a thing to be achieved.” 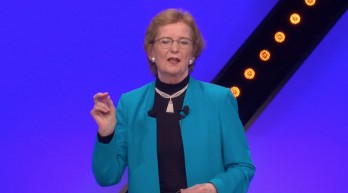 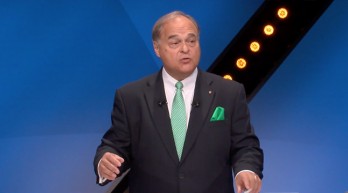 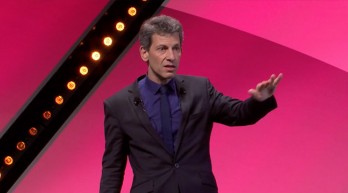