Where the action is

News
Post date
Friday 24 April 2015
If Asia has held duty free and travel retail’s attention recently, overtaking Europe as the largest region by sales while its travellers shape airport and downtown retail around the world, it’s actually the Middle East and Africa that are showing the strongest growth at present. This region may not yet rival Asia Pacific’s turnover but certainly punches above its weight, something that Dubai’s replacement of Heathrow as the world’s busiest airport for international traffic clearly demonstrates.

The 2015 Middle East & Africa Duty Free Association Conference (23-24 November at the Dead Sea in Jordan) comes at an interesting time, especially as developing economies elsewhere seem to be stalling. With contributions from government and respected commentators on regional affairs as well as leading local and international companies, the MEADFA Conference will give delegates a comprehensive overview of duty free and travel retail’s most dynamic region. 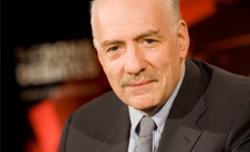 Drawing on his experience as Mayor of Amman, former Jordanian Minister of Tourism & Antiquities and longtime senior executive at Royal Jordanian Airlines, His Excellency Akel Biltaji will address the travel and tourism landscape in Jordan and beyond. Fellow keynote speaker Tim Sebastian, founder of the BBC’s Doha Debates, chair of the Arab Debates on Deutsche Welle TV and acknowledged expert on regional geopolitics, will analyse the prospects for growth against a background of change.

Two interactive workshops focus on inflight retail and how technology is changing retailers’ relationships with travellers, while other topics tackled include a profile of the Saudi Arabian market, regulatory and trading challenges in the region plus the growth of tourism and luxury goods in Africa. 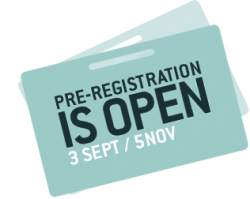 Based at the world-class King Hussein Bin Talal Convention Centre with the Dead Sea as a stunning backdrop, the MEADFA Conference offers ample scope for networking, from the relaxed Opening Cocktail on 22 November through coffee breaks and networking lunches to the Gala Dinner on 23 November. Pre- and post-conference excursions to some of Jordan’s most spectacular sights, including the Rose City of Petra, are available at preferential rates arranged by MEADFA. Pre-registration opens online on 3 September and runs until 5 November. 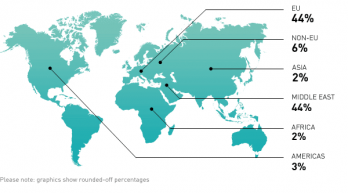 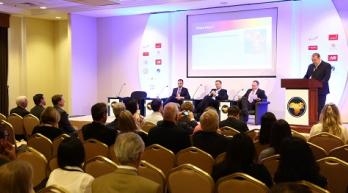