The secret to future success for duty free and travel retail in the Middle East and Africa will depend on redefining the duty free promise, according to Aer Rianta International CEO Jack MacGowan. Speaking on day two of the MEADFA conference, managed by TFWA, he suggested that the industry needed to foster positive perceptions of the duty free offer through imaginative and engaging marketing initiatives.    ‘Customers are not as engaged or excited as they used to be,’ he stated. ‘The easiest thing to do is to cut prices, but that’s not what all customers want. On average, only one in four customers benchmark for prices, yet we still focus on discounting as a key response to drive passenger average spend.’

The industry compounds the difficulty, according to MacGowan, by delivering multiple price messages that are confusing customers. Retailers need to focus on clearer price messaging, offering exclusive and personalised products that are not available elsewhere, and delivering surprising and memorable experiences, he argued.

In a sometimes controversial presentation, journalist and founder of Airtime Dubai Jay Tuck looked at the disruptions we may face in the next 12 months. He stated that being ‘a disrupter’ at school was a bad thing, but that ‘if you’re a disrupter in Silicon Valley, you’re on your way to becoming a millionaire.’

Sharing a view that will undoubtedly have resonance in the duty free and travel retail sector, he said that when looking for the newsworthy, it’s important to look for ‘new’ without the ‘s’, as if we just run ‘news’ that confirms the status quo, we won’t learn very much.

After stating that the Trump presidency should give all cause for concern, he ended with a ‘positive’ message. ‘It’s only 1,450 days until the next presidential election.’

In a session entitled Millennials in the Middle East, Google travel industry analyst Vrinda Singh outlined six character traits of the all-important generation that now makes up 30% of the population. Firstly, the Millennial ‘lives online’, spending a staggering day a week using their mobile devices. They are the ‘opinion generation’ and 85% consider the internet as their first stop for information, while 30% have posted online reviews of a product or experience and 40% have asked friends or checked reviews online before making a purchase.

The Millennial seeks meaning in everything, and wants a brand to have meaning too. If they see value, they will spend. But the way they define value is very different; ‘it’s all about the experience’. Millennials are likely to be intensely loyal and 54% consider two brands at most when making a purchase decision. They also demand engagement and are looking for a relationship that is broader than just the transaction.

Elena Nikolova, founder of MuslimTravelGirl.com explained that Muslim Millennials want what all other Millennials want, and they too value experience more than the items they buy.

Just under half of Millennials (49%) save money to travel compared to only 39% who put aside money to buy a home. Muslim Millennials are well educated with a high disposable income. They love technology and are brand loyal like other Millennials, and they are also proud of their Muslim faith. They want to enjoy the same things as their non-Muslim friends, but within the teachings of their religion.

Muslims spent USD 151 billion on travel in 2015, up 4.9% from the previous year, which compares to a growth rate in the global market of 3%. Revenue from Muslim-friendly travel services is estimated to have been worth USD 24 billion in 2015.

In a session exploring the external threats currently facing the duty free and travel retail industry, Sarah Branquinho, president of ETRC and external affairs director and head of communication for Europe and Africa at Dufry, explained the sector faces regulatory challenges from a number of directions. Legislative demands regarding labelling are being tackled. A solution that allows consumers to access information via their smartphones is being explored, and by 2017 it is hoped that ETRC will have a recommendation to the industry that can be progressed.

Confusing restrictions on baggage have also acted as a disincentive for consumers to shop at the airport, and ETRC has been looking into how to have legislation introduced that will allow passengers to take shopping on board. Plain packing of tobacco products is another issue being addressed by ETRC.

In the four markets in which it has been introduced, there has so far been no exemption for duty free.

Branquinho explained how close cooperation with ACI regional teams was important to ensure a joined-up and more powerful approach to confronting these challenges. She welcomed the resolution adopted by the ACI World Governing Board in Panama in August last year on protecting non-aeronautical revenues.

MEADFA president Sean Staunton said that the issue of punitive baggage allowances was not a duty free problem but an airport problem. He welcomed the improved communications with governments on this.

Panelists agreed that growth was no longer a given in the Middle East, and has to be fought for. Echoing Jack MacGowan’s address earlier that morning, there was agreement that price could no longer be the sole means to engage customers, and that the industry had to move from “point of sale” to “point of connection”. The discussion provided a thought-provoking end to two days of debate and exchange among the regional industry’s thought leaders. 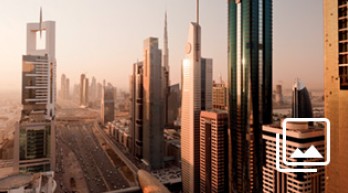 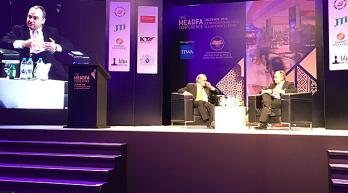 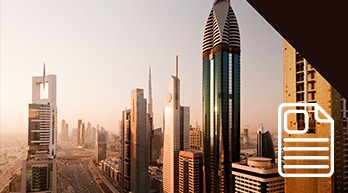 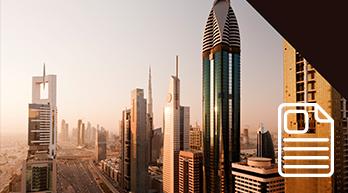 MEADFA conference on track for success