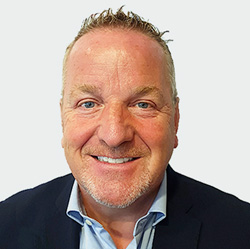 Richard joined Aer Rianta International (ARI) in August 2019 as the CEO for ARI Middle East (ARIME). Prior to joining ARIME, Richard spent many years with Morrisons Supermarkets in the UK, where he held a variety of management roles, including Regional Managing Director and Central Retail Operations Director. Based throughout the UK, Richard established a reputation for consistently delivering strong results and successfully leading large and complex cross-functional projects. Richard also led a number of business improvement initiatives to improve productivity, resulting in significant multi-million-pound savings for the company.

Latterly, Richard enjoyed a successful tenure as Group Operations and Marketing Director for Ridgeon’s, a regional timber and builders’ merchants in the UK, where he developed new brands, new marketing initiatives and identity programmes to drive sales as well as improving systems, operations and efficiency.

Richard is now based in Bahrain and sits on numerous Boards within the region as well as within Europe. He is Chairman of a F&B business in addition to his role as CEO of the ARIME, while also serving on the executive team of ARI in Dublin.