This year’s MEADFA Conference in Dubai again welcomed an impressive number of delegates, with 489 visitors attending. Despite the late rescheduling of the event, this represents a slight increase on the number of delegates attending the conference in November 2016 (484).   The Opening Cocktail, sponsored by Dufry and held at the Jumeirah Creekside Hotel on Sunday, was as always one of the highlights of the networking programme.

The Gala Dinner, hosted by Dubai Duty Free, was held at the Secret Garden at the Jumeirah Creekside Hotel. At the event guests could choose from a spectacular array of international cuisine as well as, of course, a tempting choice of local dishes. Live music was enjoyed long past a balmy Middle Eastern sunset and on into the early hours.

The conference content was well received, with a number of business experts helping delegates better understand the forces that will shape the industry in the Middle East and Africa in 2018 and beyond.

The MEADFA President, Haitham Al Majali, said: “I would like to thank all those people and organisations that have helped this event to be such a success. We are immensely grateful to our sponsors; we could not have put on the conference without them. I am pleased to say we have renewed our association with TFWA to organise the conference for another two years. We look forward to welcoming old friends and new colleagues to our next event, of which details will be announced very shortly.” 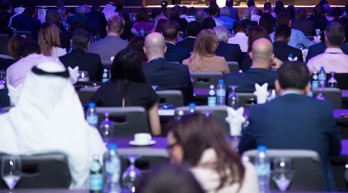