News
Post date
Monday 29 January 2018
Opening the 16th MEADFA conference, at the Jumeirah Creekside Hotel in Dubai, MEADFA president Haitham Al Majali said there was reason for optimism in the region, and he is hopeful that progress would be seen in sales growth in the Middle East, while the potential for growth in Africa is enormous.

As the company nears sales of $US2 billion, Chief Operating Officer Ramesh Cidambi said the airport’s broad passenger demographics was one of the reasons for this success.

Business commentator Richard Dean, Presenter of Business Breakfast, a daily radio talk show and podcast, outlined the five stories that we cannot afford to ignore in 2018. These are money, reform, the consumer, technology and culture.

Counter Intelligence Retail Research Director Stephen Hillam said that with the number of passengers leaving the region rising from 104 million in 2014 to an expected 161 million in 2020, the opportunity for growth in the region is enormous.

Aviation consultant and former CEO of South African Express Inati Ntshanga, said that historically, aviation has not been important in Africa, but with 254 airlines, growth in passenger numbers of 8% expected in 2018, and a population of 1,256 billion, now is the time for Africa.

Sarah Branquinho, External Affairs Director at Dufry spoke of her company’s support of the UN’s sustainability goals. The initiative, #youneedtoknow, was rolled out to 32 locations in 2017, and has reached 54 million passengers.

Wassim Saadé and Amir Abbaszadeh of Inflyter outlined the features of their new app-led pre-order service, which helps solve the dilemma of how retailers get the smart-phone savvy customer into their stores by tailoring the mobile offer. 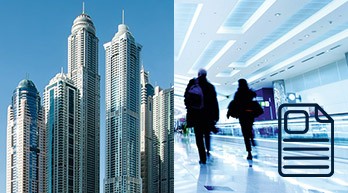