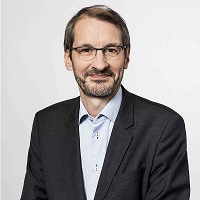 Dag Rasmussen is a Norwegian citizen and lives in France.

Dag joined Lagardère Travel Retail as International Financial Controller in 1988. In 1991 he took over the position of Director of Finance and Organisation with Press Shop in Brussels before joining AMP, the Belgian press distribution subsidiary, at that time part of Lagardère Group. Dag became CEO of AMP in 1996.

In 1999 he was promoted to COO of Lagardère Travel Retail, overseeing the Central and Eastern European subsidiaries of the group, later adding Western and Southern Europe and North America.

Dag has been Chairman and Chief Executive Officer of Lagardère Travel Retail since 2011 and with his teams, has turned travel retail into a core activity for the Lagardère group.