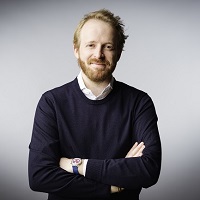 Max Heinemann is Chief Executive Officer and Speaker of the Executive Board of Gebr. Heinemann, the family-owned travel retailer and distributor. He is directly responsible for departments including Corporate Affairs and Compliance, Global Human Resources, Design Innovation and Vision Hub GHARAGE.

In parallel with his studies in International Business Administration at La Salle University in Barcelona, Max worked in project management at Gebr. Heinemann from 2006 to 2009 before moving to join newly-created subsidiary Heinemann Asia Pacific in Singapore in 2010. He was closely involved in the establishment and growth of Heinemann Asia Pacific, initially serving in positions such as Chief Procurement Officer and Chief Operating Officer before being appointed CEO of the Asian business in 2014. Max later returned to Hamburg to join the Executive Board of Gebr. Heinemann, and was named CEO of the company in September 2018.

A native of Hamburg and the son of the much-respected Gunnar Heinemann, Max is married and has three children.