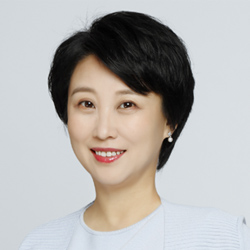 Angel Zhao is the President of International Business for Ant Group, an affiliate company of Alibaba. Angel joined Ant Group in 2013 and previously served as its Vice President of Finance and Chief Operating Officer. She has held numerous executive roles at the ecommerce giant Alibaba, serving in dual roles as the President of its Global Business Group and Fliggy from 2017-2020.

Previously, Angel served as the Vice President of Finance for Taobao, Tmall and Alimama from 2009 to 2013.

Angel graduated with a Master’s degree in Accounting from Tianjin University in 1999 and an EMBA degree from China Europe International Business School in 2011.