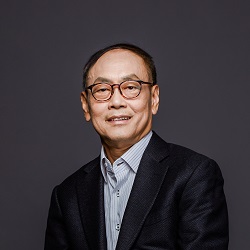 Dr Edward Tse is the founder and CEO of Gao Feng Advisory Company. He is also the founding Governor of the Hong Kong Institution for International Finance and an adjunct Professor at the School of Business Administration, Chinese University of Hong Kong.

He has consulted to many companies, investors, start-ups, and public-sector organizations (both headquartered within and outside of China) on all critical aspects of doing business in China and China for the world. He also consults with Chinese local government on strategies, state-owned enterprise reform and Chinese companies going overseas, as well as to the World Bank and the Asian Development Bank.

A prolific writer, Dr Tse has authored numerous articles and five books such as the award-winning The China Strategy (2010) and China’s Disruptors (2015), and The New Frontier of Competition (2020) which he co-authored with Yu Huang.

Dr Tse graduated in Civil Engineering at the Massachusetts Institute of Technology, and also holds a PhD and an MBA from the University of California, Berkeley.