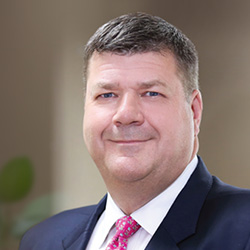 Andrew is a board director of MMI Holdings, Emirates Leisure Retail Holdings and was also appointed to the Board of Premier Inn Hotels LLC, plus a variety of subsidiary/joint venture boards including Sirocco, the regional distributor for Heineken and other premium global beverages. He is also chairman of Emirates Leisure Retail Australia.

Andrew joined the group in 2007 as CEO of MMI, based in Dubai. With operations across the UAE, Oman, South East Asia, Southern Europe, Africa and the Indian Ocean, the business has continued to grow both its import/wholesale operations as well as expanding its retail business including Le Clos, the award-winning fine wine and luxury spirits boutique in Dubai International Airport.

Prior to this appointment, Andrew held a number of senior positions during his 16 years with Anheuser-Busch (one of the United States Fortune 500 corporations). An officer of Anheuser-Busch International, as Vice President of International Operations he was responsible for the operations of the world’s largest brewer across Canada, Ireland, UK, EMEA and Asia-Pacific, covering own-company operations, license agreements and joint venture agreements. In his time at A-B, Andrew was a board director of both the European operations and Asia Pacific operations.