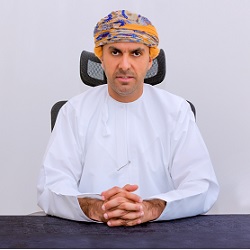 Aimen Ahmed Al Hosni led the seamless grand opening of Salalah Airport in June 2015, Muscat Airport in March 2018 and Duqm Airport in August 2018. Under his leadership, the new Muscat International Airport was awarded three World Travel Awards in 2018 and 2019, and was named the World’s Leading New Airport in 2018.

In 2018, Salalah International Airport was certified by Skytrax as the first 5-Star Regional Airport in the Middle East.

In September 2019, Muscat International Airport received the prestigious Airport Service Quality (ASQ) Award for being the most improved Airport in the Middle East based on passenger votes, resulting in Muscat Airport being ranked 14th globally in the 15-25 million passenger segment. Sheikh Aimen also became the first Omani to be elected to the role of Vice Chairman of Airports Council International in 2019.

Sheikh Aimen is successfully and effectively shaping Oman Airports to be a vital contributor to the nation’s vision of establishing a safe, modern, profitable and customer-centric aviation sector, aligned with Oman’s Vision 2040. He maintains a strong focus on investing in Omani talent to develop the future leaders of the aviation sector in the country, achieving a record breaking Omanisation rate of 95% at Oman Airports since becoming CEO in March 2015.