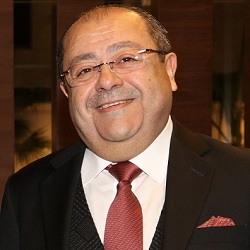 Haitham Al Majali is the CEO of Jordanian Duty Free Shops – a Jordanian public shareholders company which was founded in 1997 and operates sixteen duty free, land border and seaport outlets.

Haitham is one of the founders of JDF, and is also a Board Member and shareholder. He was elected President of the Middle East & Africa Duty Free Association (MEADFA) in 2017.

In addition to his roles with JDF and MEADFA, Haitham is a Chairman and/or Board Member of several companies in Jordan.