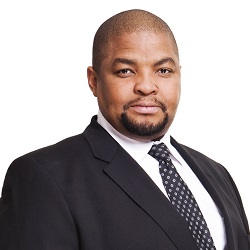 Inati Ntshanga is an African aviation consultant. He served as the former CEO and Executive Director of South African Express Airways from September 2010 to March 2017. Prior to that, he was in charge of strategy, business development and commercial including airport operations.

He also held senior leadership and executive positions at Old Mutual Personal Financial Advice and was a consultant at Bain & Company. He holds an Economics degree from Harvard University, and has certificates from the Gordon Institute of Business where he was enrolled in the Global Executive Development and Board Leadership Programme. He is a board member at Ukuvula Investments Holdings.

Inati is passionate about African aviation and aviation skills required by Africans. His current project is to ensure that such skills are acquired by young people.