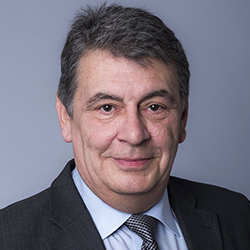 Heinrich Wilhelm Gabel has worked in the aviation industry since 1993, and has held senior executive roles with Fraport AG and its partners worldwide as an expert in strategic airport development. He has steered various projects in sectors including cargo operations, ground handling and commercial expansion.