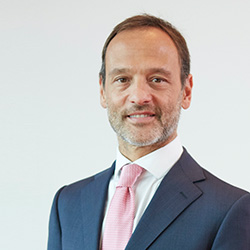 Andrea Belardini joined Dufry following the company’s acquisition of Nuance, and was appointed CEO for Asia, Australia, Middle East and Europe in January 2016.

In July 2009, he was appointed CEO for Nuance’s European operations and took the role of Global Chief Commercial Officer in 2013, in addition to his regional CEO role. During his tenure, Andrea delivered a significant improvement in profitability and acted as key driver for the company innovation agenda. He oversaw a multi-million CHF investment in Nuance’s European operations, incorporating the refurbishment and development of more than 10,000 square meters of retail space. He led the conception and delivery of the Duty Free Store concept, setting a benchmark for Nuance’s core category operations, as well the launch of new formats and brands in Specialty categories.