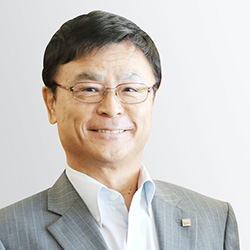 Masanao Tomozoe is the President and CEO of Central Japan International Airport Co. Ltd where he is responsible for the airport’s continuing growth and expansion of the Chubu Area – one of the nation’s most important infrastructure development in the last decade.