News
Post date
Tuesday 20 November 2018
First to take to the stage on day two of the MEADFA Conference was economist Maurice Matta, who told delegates that the Lebanese economy is forecast to grow 1.3% in 2018, down from an estimated 1.8% in 2017. 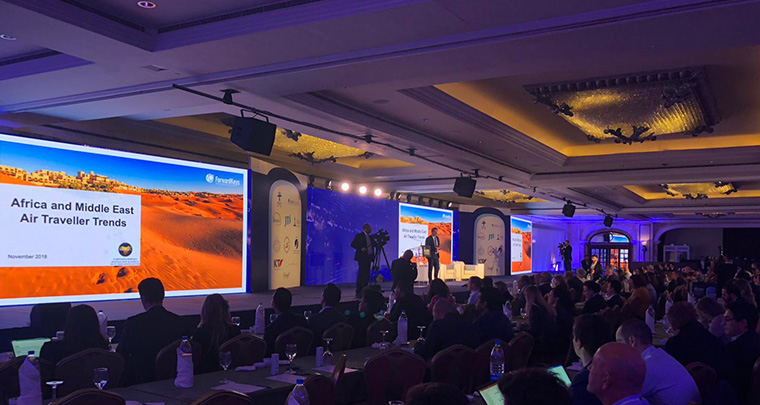 Bitcoin expert Dr. Saifedean Ammous said that bitcoin, which offers an alternative global payment settlement, will enable travel retailers to diversify their payments and settlement networks, so protecting themselves from emergencies and political risks.

DDF’s Ramesh Cidambi said the first half of the year had been ‘fantastic’. Despite the softening he had seen in his business in the last few months, his company was still aiming to hit a sales target of US $2 billion.

Taking a closer look at travel trends in the region, Olivier Jager of ForwardKeys explained that international arrivals in Africa and the Middle East were set to increase by 4.3%.

Keith Spinks from ETRC explained that much progress had been made to protect the industry from the effects of the Framework Convention of Tobacco Control’s Illicit Trade Protocol (ITP) in the Middle East. He also detailed the organisation’s digital solution to the challenges of providing product information and the progress made on tackling restrictions on hand baggage. Offering a local perspective, Sherif Toulan from International Duty Free said that the support of the airport was vital in combatting such challenges.

Exploring how to attract the all-important Chinese shopper, Counter Intelligence Retail’s Stephen Hillam said that these shoppers are interested in a different product mix, are more open to influence, and have a different purchasing dynamic. Olivier Decazes of Shiseido Travel Retail said his company had seen 14% growth in the Middle East region during 2017, and José María López Inchaurbe of Corporación Habanos S.A. said that 31% of his company’s sales come from duty free - in Africa and the Middle East, this number rises to a significant 60%.