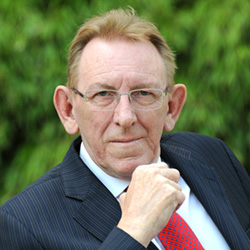 Prior to this Spinks held a number of senior positions with a major international tobacco company, including 12 years as Public Affairs Director for its international duty free division. During this period he was closely associated with the industry’s campaigns to preserve intra-EU duty free sales in 1992 and 1999. Spinks brings a wealth of experience in representing the duty free industry in political circles, both within Europe and internationally.