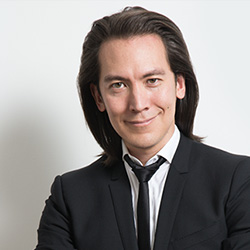 Mike Walsh is the CEO of Tomorrow, a global consultancy on designing business for the 21st century. He advises leaders on how to thrive in the current era of disruptive technological change. Mike previously founded Jupiter Research in Australia and has also held senior strategy roles at News Corporation in Asia.

Mike’s best-selling books include FUTURETAINMENT, the winner of the design award by the Art Director’s Club in New York and the Dictionary of Dangerous Ideas. He is publishing his new book, The Algorithmic Leader: How to be smart when machines are smarter than you, in March 2019.