News
Post date
Tuesday 3 December 2019
A total of 434 delegates attended this year’s MEADFA Conference, held in the ancient city of Muscat, on the shores of the Arabian Sea. 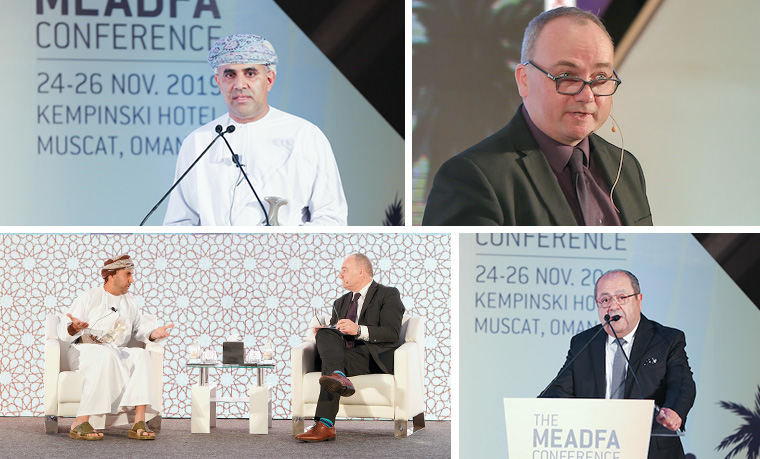 First on stage to open day one was Oman Aviation Services CEO Dr Khalfan Said Al Shueili. He said that in the wake of challenges such as the grounding of the Boeing 737 Max and carry-on luggage restrictions, there remains great potential for further innovation in the business.

In conversation with the Moodie Davitt report’s Dermot Davitt, Sheikh Aimen Ahmed Al Hosni, CEO of Oman Airports Management, explained that the new Muscat International Airport, which he described as his company’s “jewel”, and the growth of flag carrier Oman Airways were merely a by-product of the country’s continuing aviation growth. Airport retail was, he said, an important element in Oman’s burgeoning aviation scene. While this was coming under threat from e-commerce and other technology, he said that this challenge could be mitigated by investment to create a better experience for customers and investment in digital retail technology.

In his own welcoming address, MEADFA President Haitham Al Majali shared his opinion of the health of the travel retail market across the Middle East and Africa and said that recent figures relating to the growth of business in the area were encouraging.

Ray Hernan, Chief Executive of Aer Rianta, explored the advantages and disadvantages the duty free and travel retail market has compared with domestic retailing. The short duration of contracts, coupled with significant concession fees and MAGs, means that much of the risk falls to retailers. This, he stated, is going to have to change, and change will be achieved by working in partnership with brands, airports and other stakeholders, including airlines. 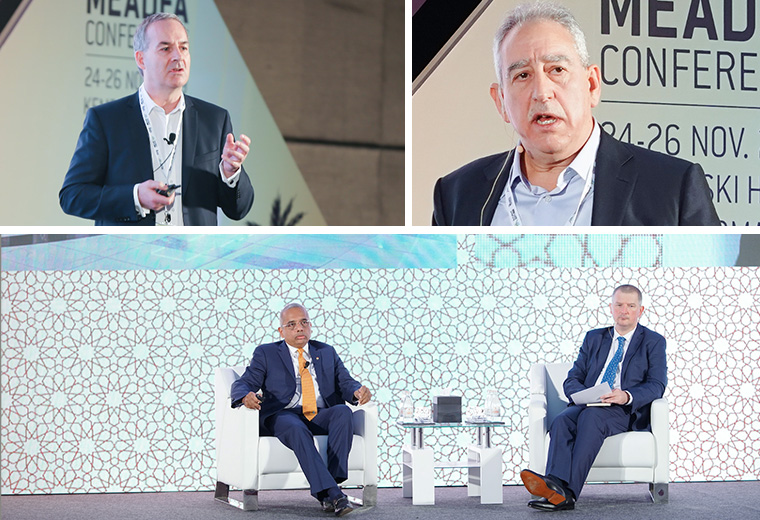 In a second conversation session, Dubai Duty Free Chief Operating Officer Ramesh Cidambi described the climate facing the industry in his region as “cloudy with a chance of sunshine”. Sales for the retailer hit a new high in 2018, breaking the US $2 billion barrier for the first time, but challenges remain. These include continuing ramifications of the grounding of the Boeing 737, the strength of the dollar, a slowdown of the economy in China, and increasingly stringent regulations around tobacco sales. However, DDF is still anticipating a strong finish to the year and is projecting its sales will pass US $2 billion for the second year in a row.

Offering delegates an airline perspective, Samer Majali, founder of Plane Vision and former CEO of Gulf Air as well as former President and CEO of Royal Jordanian, maintained that airlines in the Middle East are currently operating in a very challenging environment. He called for airlines and retailers to work in partnership rather than in competition, using online technology to appeal to passengers. With time on their hands and little to occupy them, airline passengers are, he said, open to making purchases while they are onboard.

The first day of the conference concluded with a session dedicated to food and beverage operations. Dubai Airports Vice President Commercial Eugene Barry opened his presentation by exploring how airport F&B had improved in recent years. He said that much of the interest in food and food culture that we are seeing on the high street is now being reflected at the airport in a ‘travelised’ form. A good F&B experience has a disproportionally significant impact on net promotor scores, and spaces that successfully combined F&B and retail offered considerable potential to increase revenue.

Continuing with the theme of food and beverage, Emirates Leisure Retail & MMI Group CEO Andrew Day said that consumers were looking for Instagram-friendly experiences. The three consumer needs that must be taken into account in planning F&B are a desire for experiential dining, hyper-personalisation and CSR. It is, he stated, important to get the basics right first, making sure the functional elements are faultless and then work incredibly hard on the experience.

Appealing to the digital native was the first subject addressed on day two, and social media strategist Andrew Davis offered much advice on how companies can better connect with this new generation. The average human attention span has dropped 33% since the turn of the century and the advent of social media has changed the way consumers think, he argued. The customer journey has evolved from a simple funnel model that traditionally turns lookers into buyers into something considerably more complicated. This new decision-making process is also influenced by social media posts, recommendations from friends and other factors that come with increased communication via smartphones. He outlined the key questions businesses need to address – what content can we create, how can we distribute that content to the relevant people, and what can we get them to do.

Butlers Chocolates Director of Sales Karl Marnane stated that the issue of sustainability has moved into the mainstream, and customers are “highly receptive” to purchasing brands associated with sustainable practices. Butlers Chocolates uses sustainably sourced cocoa through the Cocoa Horizons programme and 14% of its power is provided by solar panels.

Tito’s Handmade Vodka Managing Director International John McDonnell opened his own presentation with the statement that brands needed to take a ‘high touch’ approach that offered consumers a reason to develop a relationship with a brand in the face of the rise of ‘high tech’. The main focus for millennials is, he stated, digital convenience, social responsibility and sustainability.

A spotlight on Africa

Dr. Peter Mohn and Anna Marchesini of m1nd-set took the conference through the findings of a new survey centred on Africa. Among their conclusions, they stated that 47% of African travellers visit a duty free store in comparison to 56% of Chinese, and 53% of Africans that visit the store make a purchase in comparison to 88% of Chinese. When benchmarked against Chinese consumers in African airports, African travellers are less likely to compare prices and less likely to purchase duty free exclusives. They are also less likely to interact with sales staff (61% compared to 84%), but this level is still very high compared to the global average. Mohn concluded that the primary takeout from the research is that companies operating in Africa should invest in developing staff because of the significant impact they can have on driving sales. 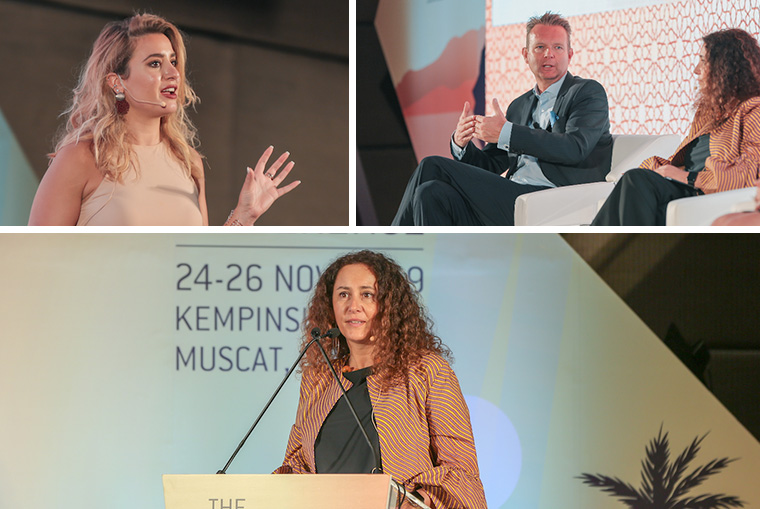 Dufry Africa CEO Isabel Zarza offered a retailer’s perspective on the continent. The industry tends, she stated, to regard Africa as an homogenous geography, rather than a collection of diverse markets, because the continent currently makes such a small contribution to global travel retail sales. However, Africa has huge potential for economic growth, as underscored by the fact it was the fastest-growing region for aviation traffic in 2018. In order to continue facilitating traffic growth in the region, a more open visa policy is required across Africa. The Single African Air Transport Market project, which is designed to create a single aviation market in Africa by 2063, will help solve this challenge.

Delegates were then given an update on the activities at Amman’s Queen Alia International Airport by Airport International Group Chief Commercial Officer Deema Anani. In January, Dufry opened a new 635sq m arrivals store at the airport, which more than doubled the store size. In departures, Dufry has introduced a new 2,520sq m store which is 12% bigger in size than the store it replaced.

Muscat Duty Free General Manager Rob Marriott told the audience that the number of retail outlets at Muscat’s new airport facility had doubled to 22. Considerable effort had been made to create a real sense of place at the airport, to ensure that travellers leaving Oman carried with them a lasting impression of the country.

Earlier in the week, the first MEADFA Advocacy Working Group meeting had taken place. MEADFA Board Member Rita Chidiac together with European Travel Retail Confederation (ETRC) Secretary General Julie Lassaigne brought delegates up to speed on the regulatory threats to the region, and the association’s response to these pressures.

Chidiac said that the group had identified three key challenges for the region’s market – not enough understanding of what duty free is, excessive regulation and not utilising engagement or networking capacity. Lassaigne updated delegates on the latest developments on the association’s work surrounding the illicit trade protocol, luggage restrictions and labelling.

Professor Samar Baqer of Kuwait University’s Entrepreneurship & Innovation Unit shared the findings of her research into Generation Z’s attitudes to duty free shopping and travel retail. This group predominantly shopped in travel retail to make use of their waiting time or to obtain a price advantage, she said. The industry needs to communicate with this group in its own language across its preferred media, and respond to its specific needs in terms of the service style and products we offer. 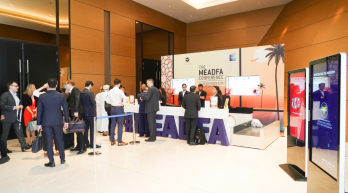 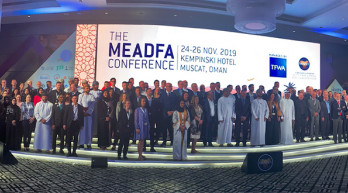 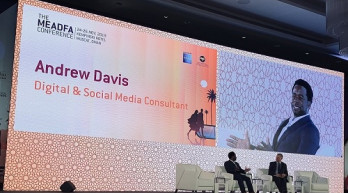 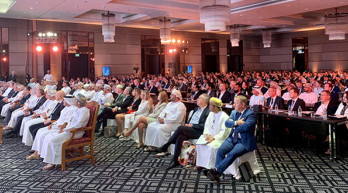