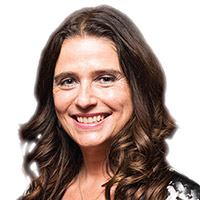 Colette Doyle is an award-winning magazine editor who has worked on publications in both London and the Gulf in a career spanning almost three decades. Her background as a linguist means she has always been involved with titles that cater for an international readership.

Starting out in the 1990s covering the pharmaceuticals sector, she moved into business travel nearly 20 years ago when she was employed at the UK’s largest privately owned publishing house, Haymarket.

She was based in Dubai for six years, during which time she helmed Business Traveller Middle East, the regional edition of the renowned London franchise, as well as being responsible for relaunching Dubai Voyager, the customer publication for leading airport retailer Dubai Duty Free.

Colette joined Metropolis Business Media to head up Frontier, the travel retail channel’s longest-established title, at the start of 2016 and recently did a stint as acting managing editor on sister title Duty-Free News International.