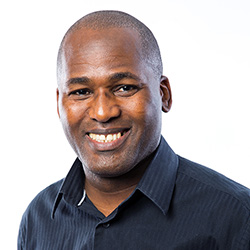 Blacky Komani joined Tourvest Group in 2006 and was recently appointed Deputy Chief Executive Officer of its duty free business. Blacky has been involved in the tourism industry since 1985 and was the Director for the Americas of SA Tourism for six years. During this period he was based in New York, and oversaw operations in both North and South America.  He was also Managing Director of Miami-based tour operator Karell Travel for four years.

On returning to South Africa, Blacky joined American Express Foreign Exchange, a division of Tourvest Holdings, as Director of Sales, Marketing and HR. He held this position for four years prior to joining 1time Holdings as CEO from 2011 to 2013.

Blacky was appointed as a member of Tourvest’s executive committee in July 2013 and is a long-standing board member of American Express Foreign Exchange in South Africa.