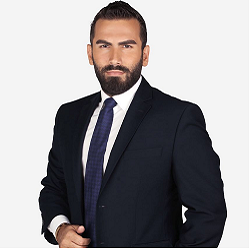 Maurice Matta is the Head of the Economy Department at Annahar Newspaper and Media Group in Lebanon.  He is also a familiar voice in Lebanese radio talk shows and on the national television channel MTV, where he presents daily financial news and is a host on “The Start”, a weekly show dedicated to new startups and upcoming entrepreneurs in the MENA region.

An economist at heart, Maurice not only reports the news but also provides solutions for decision makers. He has held consultative positions for Lebanese and Arab international banking institutions and universities where he provides not only business and financial strategies but also information on key market trends in the region. Maurice is also a social activist and a founding member of several Lebanese NGOs.