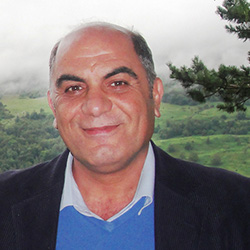 Mounir Seifeddine has served as Director of Purchasing at Lebanese flag carrier Middle East Airlines since 2001, having joined the company in 1998 as advisor to the Chairman.

Mounir holds a bachelor’s degree in business from the University of Rennes in France, where he began his career as an export manager in an F&B company.

At MEA he has managed the inflight retail business with great success, positioning it as an essential part of the service on board and achieving one of the highest levels of sales per passenger in the global airline business.

One of the world’s oldest airlines, MEA recently celebrated its 70th anniversary.