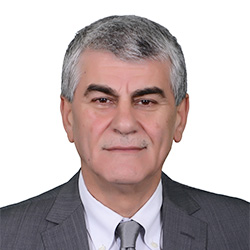 Mohamed Zeidan is Chairman and main shareholder of Phoenicia - Aer Rianta Co. S.A.L. (PAC), the operator of the duty free shops at Beirut Rafic Hariri International Airport. Since first winning the duty free contract at the old Beirut Airport in 1979, his company has been reappointed to run the concession several times, under the Beirut Duty Free partnership with Aer Rianta International. Under his leadership, the Phoenicia Group has enlarged and established offices beyond Lebanon, in the Czech Republic, Belgium, Armenia, Cuba, Egypt, Ukraine and Cyprus. The Laguava Resort in Rmaileh & Duniyana project are some of Mohamed’s other tourism-related projects in Lebanon.

Mohamed is also involved in several import and export businesses. He founded Liban Lait SAL, the largest dairy business in Lebanon which distributes and manufactures products under the Candia brand. At the end of the 1970s he began to import Cuban cigars into the country and soon became the distribution agent in Lebanon and a number of other countries within the region. In 2005 he signed a partnership agreement with Habanos S.A. under the company name Phoenicia T.A.A (Cyprus) Ltd to be the sole distributor of Cuban cigars in the Middle East, Africa and parts of Europe. For his work in making Phoenicia the largest distributor of Cuban cigars in the world, Mohamed was named Habanos Man of the Year in 1997 for the cigar retail business and in 2004 for cigar distribution.