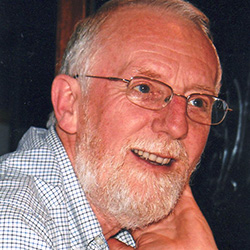 Frank O’Connell retired as Director Retail, Dublin Airport Authority in 2008 and of the European Travel Retail Confederation in 2018.  He was elected President of the Duty Free World Council in March 2014.  He holds a Masters degree in Business Administration from the University of Stirling, is a graduate of the Marketing Institute of Ireland and holds an MA degree from Dublin City University.

Frank has over 15 years of experience in the advertising business, having held several Art and Creative Director positions before joining Aer Rianta in 1979. During his time at Aer Rianta/DAA he filled the role of Corporate Marketing Manager and General Manager Trading before taking up the role of Director Retail, with responsibility for all retailing and food and beverage activities at the three Irish airports of Dublin, Cork and Shannon.

Frank served as Commercial Director at Dusseldorf Airport between 1998 and 2000 and recently retired as a member of the Supervisory Board of Flughafen Düsseldorf GmbH, having served nine years on the board.

Frank is the co-author of the book European Airport Retailing, Growth Strategies for the next Millennium and has written extensively on airport retailing.

He is a member of the board of Hope, the charity serving street children in Calcutta and is Chairman of the board of Crosscare, the social care agency of the Archdiocese of Dublin.